Damian Thompson is Editor of Telegraph Blogs and a leader writer for the Daily Telegraph. He was once described by The Church Times as a "blood-crazed ferret". He is on Twitter as HolySmoke.

Opus Dei and the patron saint of electronic eavesdroppers

1406 CommentsComment on this article 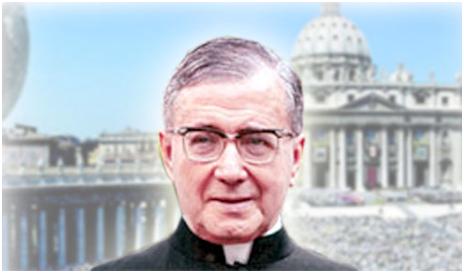 With all this phone hacking around, I think it’s time electronic eavesdroppers had their own patron saint, don’t you? As it happens, I have the perfect candidate: St Josemaria Escrivá, founder of Opus Dei, who died as recently as 1975 and was canonised by Pope John Paul II in 2002.

A few years ago, I interviewed a distinguished priest who, as a young man, had been a member of Opus Dei and close associate of Escrivá. My jaw dropped when, half way through our conversation, he mentioned casually that “The Father” had installed bugs in Opus’s Rome headquarters in order to tape-record the conversations of visitors waiting to see him. I asked him how he knew.

“Because I helped him do it,” came the reply.

The Vatican refused to hear this priest’s testimony when Escrivá was being assessed for sainthood; conveniently, the role of Devil’s Advocate had been abolished. Of course, all saints had flaws. It’s just that you don’t expect them to share the same ones as Richard Nixon (a far more sympathetic character than Escrivá, in my book).

Anyway, the reason I’m bringing up Opus Dei is that this controversial organisation – comically misrepresented in The Da Vinci Code but still secretive and slippery – is planning to open two independent secondary schools in south-east England.

Or, to adopt the official party line, a group of parents, some of whom happen to belong to Opus Dei, are opening schools “inspired by the teachings” of St Josemaria. Hmm. Don’t get me wrong, Escrivá was undoubtedly holy, but he was also vain, a snob and a spiritual control freak. While some of his followers are exemplary Christians, the saturnine ethos of Opus bothers many Catholics, including some outstanding clergy.

A priest I know used to hear the confessions of primary school children at an Opus Dei school. “It was disturbing,” he told me. “I’d hear seven-year-olds riddled with adult scruples, worried that their disposition towards the sacrament wasn’t sufficiently pure and their sin wouldn’t be forgiven.”

He added that a teacher at an Opus school had boasted to him that she’d persuaded a little boy to give up his teddy bear for Lent. “How on earth is that going to help the child – to take away something so comforting and normal as part of his so-called spiritual development?”

Indeed. And one might also ask: how are Opus Dei “numeraries” (full members) supposed to develop healthy relationships with the opposite sex when men and women are forbidden to travel in the same car? Even if the man is a priest? One Opus centre has installed two sets of sliding doors between the kitchen and the dining room. This allows serving women to leave food in the small space between the rooms so male diners aren’t “distracted” by female flesh.

Opus Dei in England has taken advantage of the bumbling of the Catholic bishops. (Think L/Cpl Jones in a mitre.) Its fingerprints are all over a new PR outfit called “Catholic Voices”, it has a growing presence in a certain seminary, and before the papal visit it even managed to appoint a thickly accented Spaniard as spokesman for the beatification of John Henry Newman.

Opus always hits back when it’s criticised, so no doubt there will be the usual carefully worded and disingenuous denial of everything I’ve just told you. Meanwhile, its recruiters will keep gatecrashing smart Catholic parties, scanning the crowd for attractive young professionals who can be invited to “informal” drinks and then plugged into E-meters. No, sorry, that’s the Scientologists. But it’s an easy mistake to make.

Even though Lefties hate Rick Santorum, the most hawkish of the Republican presidential candidates, you may find it hard to imagine any of them exploiting the death of his premature son, Gabriel, to score a political point. If so, you don’t know Mehdi Hasan. The New Statesman’s political editor has compiled a list of “10 things you didn’t know about Rick Santorum” designed to show how weird and sinister the former senator is. Number 8: when the devoutly Christian Mr and Mrs Santorum lost their child, they brought the body home and prayed with other family members. You have to ask: just who is being weird and sinister here?

More trouble in the Anglican Communion, I’m sorry to relate. Traditionalists in Canada have taken offence because a woman priest, the Rev Marguerite Rea of St Peter’s, Toronto, gave communion to a dog – specifically, a German Shepherd cross called Trapper. Ms Rea explained that this was “a simple act of reaching out” to a new congregation member and his pet. Alas, the Synod has yet to approve extending the sacrament to dogs – and I predict a fuss when the proposal does come up, not least from cat owners who will feel excluded. Also, as my Catholic priest friend Fr Tim Finigan points out on his blog, “an incidental problem for trendies wanting to give the wafer to dogs is that they are not likely to follow the more modern practice of receiving in the hand”.

Ed should look Left and Right

This was the week in which the most important fault line in the Labour Party came into view. It’s not really between Left and Right. It’s between those party members who think Ed Miliband should be disposed of as soon as possible, so Labour has a chance of winning the general election, and those who have their own strange reasons for wanting him to stay on and lose it. There are rumours of a third faction, of people who think Ed will become prime minister, but they are thought to be about as numerous as supporters of the late Lt Cdr Bill Boaks’s Air, Road and Public Safety Party. Boaks was a familiar figure at by-elections, none of which he won. In 1951 he intended to challenge the then PM, Clement Attlee, but stood for the wrong constituency by mistake. A passionate campaigner for road safety, he died from injuries sustained in a road accident. But I digress. Where were we? Oh yes. The Labour leader. Don’t forget your Green Cross Code, Ed!

Like many people, I’m looking forward to the Lib Dem Armageddon at the next election. How fitting that Britain’s least lovable mainstream party should be destroyed by what was previously its secret weapon – its opportunism. But hang on. I’ve just received an email from the Green Party claiming that it’s the natural home of harassed small businessmen. Simultaneously, however, the party is supporting the creation of a “super-jury” that will sit above existing law-making bodies to make decisions on behalf of “the unborn”. To any sane person, this hybrid of Pierre Poujade and Kim Jong-il sounds like something out of a J G Ballard novel. But as a recipe for mopping up the votes of wacky ex-Lib Dems, it’s a winner.